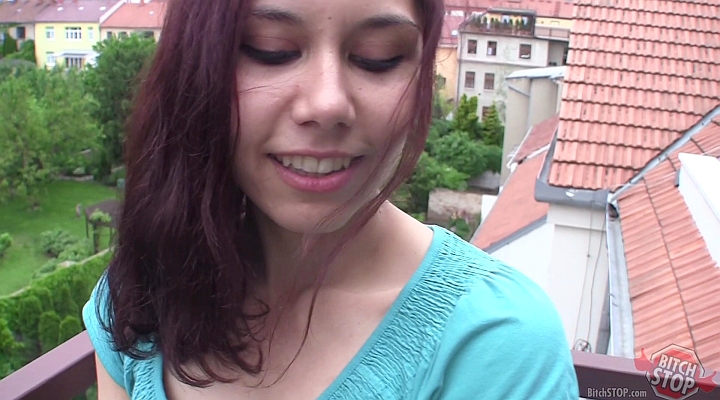 Since we have a long way ahead of us, let’s dive straight into it and show you what kind of girl we managed to score this time.

I rode in car with my friend and as always we kept on lookout for nice young girls with questionable morals. Since friend is pretty demanding and outside was very cold, it seemed like it’s going to be slim pickings. Eventually he noticed this young chick with cute, but dimwitted look in her face. Well – no account for a taste, I actually liked her a little bit too. And when she came closer, I liked her even more – she really looked a bit simple, but you could feel there is a lot more to her than meets the eye. As usual she waited for a bus, but its arrival was long overdue (normal situation in Czech I’m afraid). We offered to take her for a coffee and then give her a lift home. Since she agreed, it seemed we’ll have yet another video for our awesome collection. After arrival, my friend took it upon himself to seduce her and make a nice memory for us all. She had no boyfriend at the time, so he had it pretty easy. When he asked her if she like sex, she thought about it for a while and said that it’s ok, but no one ever showed her anything special. Of course friend offered to show her what sex is all about and you can watch in his movie if he succeeded of failed miserably. Have fun!