Well boys and girls, here we are again, bringing you the last catch of the week! This time I was the one in a need of help and when I noticed a pretty girl, I asked her for directions. 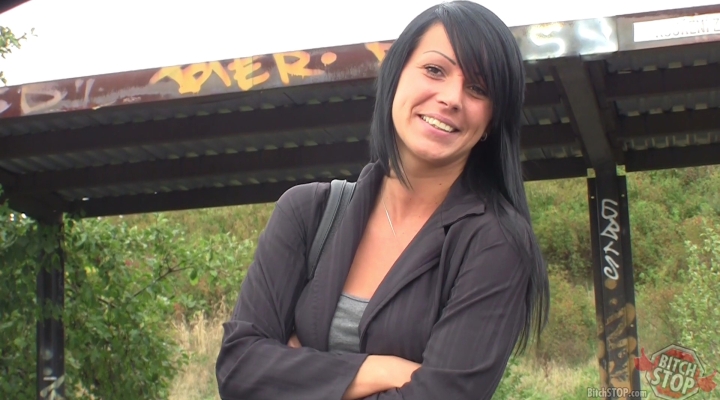 She told me which way to go and I used this chance to thank her and offer to reward her by taking her where she needed to go.

She seemed reluctant at first, but after a while of talking she agreed to let me take her where she needed to go. Since she (obviously) noticed my camera, I calmed her down by claiming Iâm making a documentary. She seemed to swallow this shallow excuse and let me take shots of her. I knew the area well, so I also knew there is an abandoned racing cart area where I could try to hit on her and see what happens. Pretending my friend is waiting for me, I told her weâll just stop by for a few minutes and then keep going. You can imagine my âsurpriseâ when no there was no one waiting. Not even my imaginary friend :) I kept talking to her and told her sheâs so amazing I just had to stop my car to talk to her. Told her all the usual lies about me never stopping my car for anyone, but since she was special I just had to. Told her how special she is and how hard it makes me just looking at her. You know â just to make her feel special. I offered to have a wild sex and she refused. But I didnât give up and told her that since she has no boyfriend, she could have a good time without regrets. Since she still felt reluctant, I let her touch my crotch that was already bulging from my raging erection. Suddenly all shame dropped and she turned into a wild animal ready to devour me. You can imagine how much I liked it. This girl may be shy at first, but when you make her horny, she will fuck your brains out! And thatâs exactly what we love to see at Bitch Stop. So donât wait for anything, check our memberâs section and enjoy the show!