It’s time for a fresh new episode of BitchStop! That’s right – we’re back and with us yet another unsuspecting bimbo with low morals and legs that spread faster than you’d say “Open up missus!” So who is the lucky girl number fifty four? Well after a while it’s a blonde chick that didn’t hide when our wet-crotch-detector sniffed her out! It was a shitty weather that day. 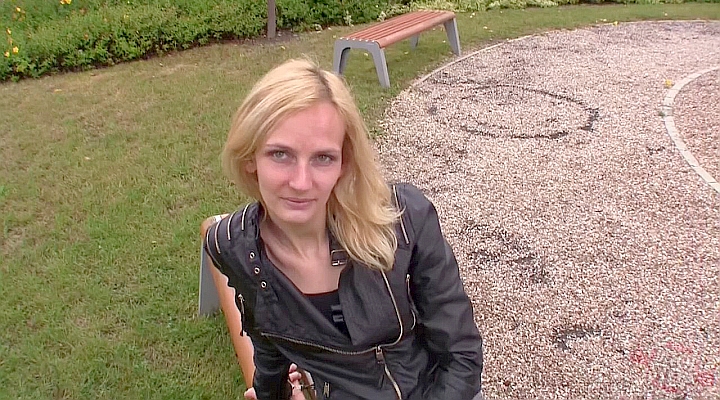 I rode a car with my friend and even though we let camera running, we didn’t really expect to find anyone willing to go wild.