Here we go again, sharing joy and happiness around the world. 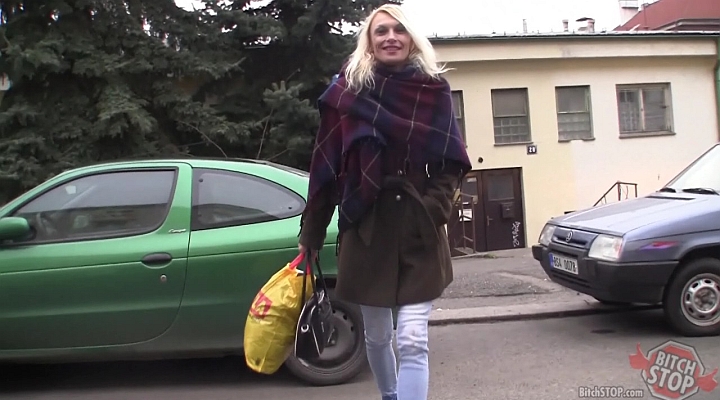 At least among other things.

I think some of you might like this episode as it is pretty special. Usually we have mostly young girls riding my cock, but this video has been made by me and one of my friends and he managed to pick a very fuckable and extremely horny MILF. This chick sure saw some tuff and it made her pretty awesome in the sack. Just watch and see! But back to the main story. After all you really should know how he did it. Actually the story may not be the best you have heard. We just saw some blonde chick standing next to a phone booth and decided to take a shot at her. She said she needs to make a call, but that damn thing won’t work. So we offered one of ours, but only if she sits with us in the car so she won’t run away with our mobile in her hand. When she finished we told her we’re making a documentary (I know – it’s old, but it always works) and we want to take a few shots with her. I decided to give my friend a shot at her and sent him to sit next to her. Since my cars heater is always turned heavily on to make sure girls will be hot, she took some of her clothes off even before we got to ask her some questions. She even mentioned she dumped her boyfriend and my friend went straight for it. Since she had an open mind, instead of fake documentary we started talking about sex. She said she just loves oral sex. Loves it to death. But it’s best for her, when she gives it to some guy. Don’t ask me why – some girls are just crazy this way and some guys are just lucky to live with them. Since she loved sucking cock so much, he gave her a chance soon after. And it didn’t end just there, you can believe me. If you want to see what a hot MILF can do when she’s angry at her ex boyfriend, then you really should join us and download this video. You won’t regret it. See you next time!