Boys and girls I hope you have been good and Santa (or whatever you chose to believe in) brought you enough gifts. 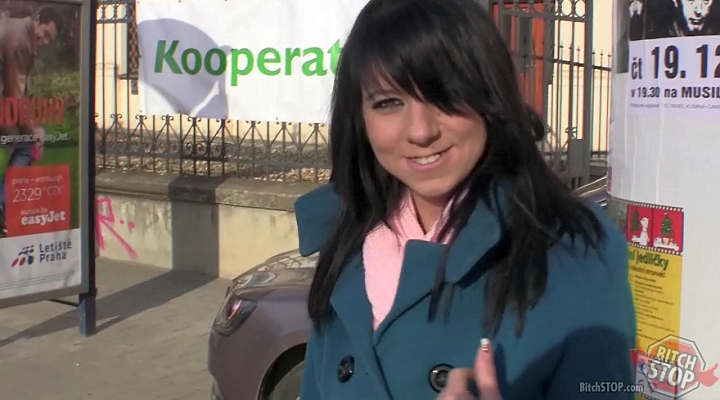 I sure have been a good boy and got a lot of nice presents.

Including this pretty young girl whom I met on one of my many travels across Czech country. I got quite interested in her, watching her stand by the side of a street, looking at a bunch of guys from moving company shuffling some furniture around. I pulled over right next to her and asked what she’s waiting for. That cute costume she was wearing was showing a lot of promise and I hoped not to screw up first contact. Because I really wanted to see her naked. Luckily she replied with a smile and said those guys work for her and they are moving her stuff to a new place. When she mentioned they won’t have any free space in car of course I offered to give her a lift. She said it’s fairly close but agreed to ride with me anyway. I learned in car she’s moving from her boyfriend because they had some problems. Problems in bed. In fact, she said that she’s prettyhorny, because she didn’t get laid for almost a year. That’s when I knew for sure she will become my reward for being a good boy for a whole year. After that it was pretty straight forward, as you can see in nearby pictures. I just had to find a nice place this bitch would like to stop my car. I hope you will enjoy watching this horny slut fucking as much as I loved filling her holes. She loved every second of it which is no surprise – a year without sex would turn anybody into a walking pile of raging hormones. AndI was happy to become her tool for stress release. See you next time!