Summer was nearing its end and we decided to make the most of it. 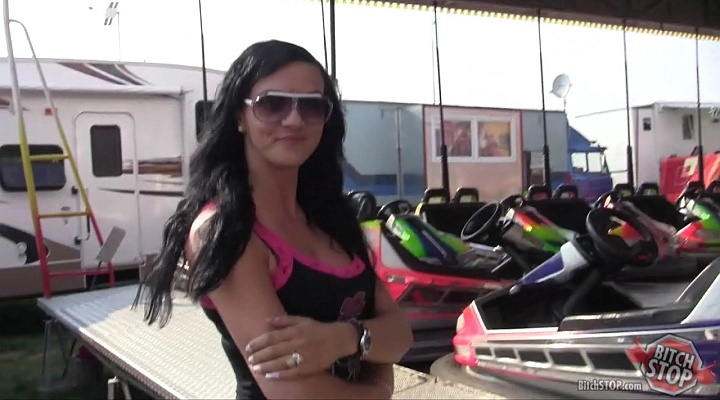 There was a county fair in our city, so we thought of catching some pretty young prey over there.

Unfortunately we arrived too early at afternoon and there was almost nothing to choose from. For a second, I thought of asking one nearby fatty, but then I noticed a kid right next to her, so thankfuly that didn’t happen. After short while of searching, we finaly saw something doable. This dark haired chick with slick body looked like a nice catch. She said, she’s waiting for her friends to return from one of nearby attractions. When we asked her to ride one with us, she refused – I guess that’s why she had to wait. We managed to convince her to dump her friends and join us on a trip to a lake close by. She agreed, saying her friends would be comming there soon anyway and taking car was better than walking. When asked, if she intends to do some sunbathing, she said yes, but only naked – because she hated white strips of those unsunned parts when wearing clothes. And thanks to that, I already knew we scored yet again! Once we arrived to our destination, I just sent my friend to buy us some juice or something. Poor guy tried to protest (afterall, I’m the one who usualy gets in all the action), but it did him no good. Once he left me and young lady alone, I could finaly start making my move. I know this isn’t your usual hitchhiker, so you may feel cheated, but then again, it’s quite difficult to find only horny hitchhikers, so sometimes we simply have to settle for someone else. And I think that final result is still pretty damn good, isn’t it?