Do you get bored by daily stereotypes? I sure do. 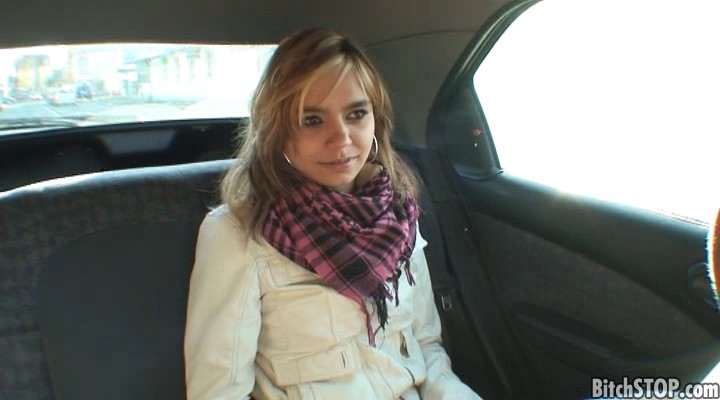 That’s why I recently told myself, it’s time to change our approach and try our catching in a different way.

Instead of the usual stop this bitch – fuck that bitch – leave that bitch, I chose to find a „qualified“ work force. If you think of those world famous walkers, usualy to be seen on sidelines of roads entering some big city, then you’re wrong. First of all, I didn’t realy want to settle her fee with those nicely tanned guys, who are always lurking nearby and second of all, I didn’t want to waste too much money. Our company offices had to be moved to another location and we needed to clean the old rooms. I figured we could find some brigade worker. One thing made me laugh. My colleague realy thought I want to find some porter. He even checked advertisements, but I told him we should be able to find some poor student for this job without any problems. After all every cool young chick needs these three B’s – booze, bras and bucks. And I was right. First young chick we met and offered money to, agreed to take the job. Since no (above mentioned) highly tanned pimp lurked nearby bushes, I thought it was safe to assume, she’s just some random chick in need of some cash. In car we discovered, she have a boyfriend, which is usualy a bad sign. I hoped it won’t be too difficult to get her out of her pants. She got a bit unsecured in front of our old companys building. No surprise there – for as long as I can remember, that building was in desolate state and no reasonable woman would enter such an empty shitthole with two strangers. But eventualy she gave in. My sensitive colleague figured during the road, that at this point, all my thinking process is made by the „little“ guy down there. You know who – prince Edward. That’s why he went to clean his own office, while I stayed alone with our new help. How good was she, you ask? Lets just say she cleaned everything she could get her hands on and I can give her great references.