Bitch Stop #4 Nikola at the hotel

This part is unfortunately without car, but it is also story about hitchhiker. 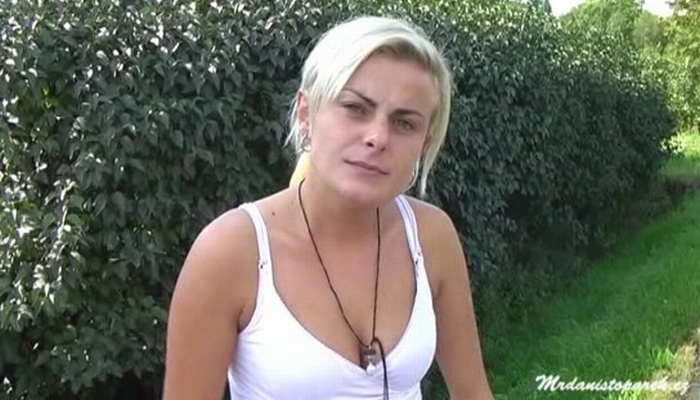 It was recorded near DeÄín where I was with Petr on business.

Unfortunately Petr was ill and I was boring at the hotel. That’s why I decided to go out . I called for a taxi and we went to the place where hitchhikers stand. Because It was Friday, I believed that I will be lucky. I met Nikola (this girl was very bashful). She was 22 years old, she has a child and a boyfriend. I invited her for dinner, but she refused. Nikola entrusted to that she was there on business and she missed the bus the nearest connection to her home is leaving in the morning. She didn’t know how to get home. I knew that hitchhiking at night has no sense. She couldn’t afford the hotel. She accepted my invitation for the dinner at the near restaurant. In the restaurant we ordered a drinks she told me that she does a live chat, so camera was no problem for her. Out of the range of the camera she told me that she is very bashful. I offered her I will pay a hotel for her and after reservation we will go to dinner. But It must be a barter trade. She promised me to show her breast. Because she didn’t have another offer she accepted. After we had turned on the radio in the room, she showed her breast. She started to be excited. She said that she can’t miss this opportunity. She put on condom with her mouth. If you want to know how it continues, you can download this video. As you know me in the end I am trying to escape. I told her that I am going for the drink and that I will be back soon, It couldn’t happened because I left the hotel. Fucking of hitchhikers is about fucking not about waste of time.