Bitch Stop #2 Aneta with a toy

This time I did not even think that we meet on the way a hitchhiker. 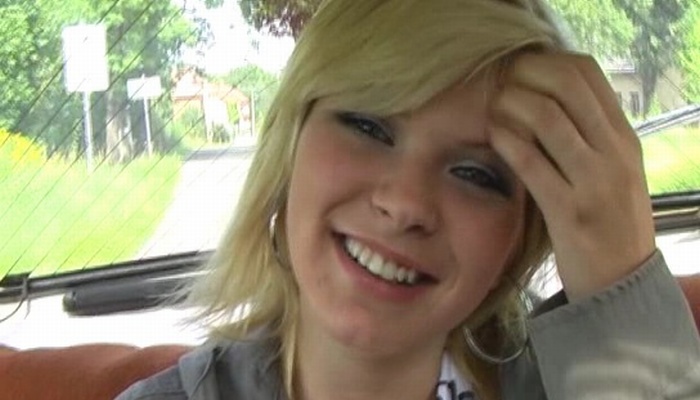 It was a beautiful day and the sun was shining but there was no hitchhiker on the road.

I was thinking where all the hitchhikers have gone. On holidays, in the swimming pool I thought. I wanted to switch off the camera and close my eyes. I was seeing an old man when I saw a hitchhiker on the. I told Peter stop the car. When she was approaching to our car, I was interested in her nice smile. Young and beautiful lady get to the car and she was still smiling She was very attractive for me. I gave her a lot of questions. My questions were unanswered by her. She answered very polite but she didn’t reveal anything. She said that her name is Aneta, she is single. She is on her way to grandmother from the job, she was having a lunch break. She didn’t want to say her age. It attracted me. I cajoled her to show us something, but she was refusing. It seemed to be wrong. Fortunately she was busy and she didn’t wanted to lose a time with hitchhiking so she allowed to show us one breast. At that moment I knew I had to act. Suddenly she surprised me when she said that she want to leave here. What should I do?? I cant let her leave. I offered her to keep company.I said her:” You wouldn’t be alone through the woods on your way to grandmother.” I was surprised by her. She said yes. She was smiling. She was very mistrustful. She reacted negative to my questions. I didn’t stop trying it. Eventually she told me that she is 18 years old. Her breast are very nice because she likes Czech beer. Her break is only one hour that’s why she is in a hurry. I was bargaining her to show us something but she refused me. She was sending me back to our car. Suddenly she told me that she has her toy. I was very surprised. She has her toy by her in handbag. I cajoled her to show me her toy but she refused again. I said make your choice:’you would show me something with your toy or we would say good bye ’.Unfortunately It seemed to be good she said no again. Aneta was very excited by our interview so she decided to use her toy but without audience. We said good bye. If you want to know what was next, you should download this video. You will be very surprised by Aneta and her reactions.