Have you ever realized you live close to something beautiful but never really noticed it? It happened to a friend of mine who told me he must make a few shots of palace from which he lived right across the street. 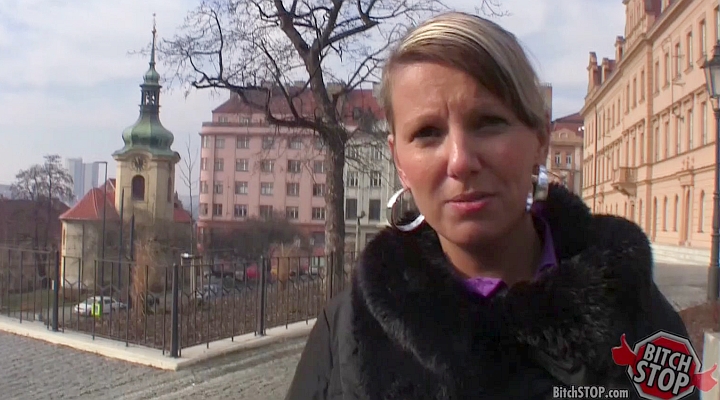 Said he never even realized how cool that place is.

Kept bugging my all our trip back from a weekend stay at my friends place. As soon as I pulled out, he grabbed a camera and went to make a few shots. Imagine his surprise when he met this smoking hot blonde girl who told him she was supposed to attend a forum there, but after arrival found out it was canceled. This girl comes here across whole country and finds out it was all for naught. Life’s a bitch, isn’t it? She told him her train back home won’t go sooner than in three hours and has nothing to do. It wouldn’t be my friend if he wasn’t flexible in his plans. Of course he decided to seduce her and make a great video for us all! He invited her to his place for a cup of coffee and offered she can check train schedule on his laptop. Standing out in the cold for over an hour, she happily agreed. You can tell my friend was more than happy and all the time his camera was sliding to check out her perfectly shaped legs and ass. Oh well – I know the feeling – you just can’t help yourself when a girl this pretty comes into play. Most guys would think fun is over after she told him she has a headache, but he just thought there is no better cure for it than having a nice, strong orgasm. Camera seemed to bother her a bit, but she got used to it after a while. Lucky for us, otherwise friend would have all the fun and there would be nothing left for us. I won’t bother you with rest of the story. You can imagine most of it from surrounding pictures. Needles to say shortly after she warmed up, her clothes were gone and so was her headache. Enjoy!